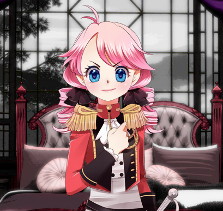 Her mother's untimely demise leads young Princess Elodie to take the reins of Nova far earlier than she had expected. Fortunately, in an age of chivalry none of her rivals will immediately attempt to unseat the rightful heir. It does, after all, take at least a week to plan an assassination...

As head of the Student Council, your job should be little more than a sinecure - but keeping the reputation of St. Claudine's as spotless as the students' uniforms turns out to be much more demanding with multiple conspiracies plotting to bring you down.

Date Warp is an exciting romantic adventure. Can you solve the mysteries of the mansion - and its occupants' hearts - or will you, too, disappear into the night? Eleven possible futures await! 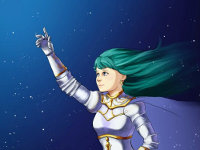 Become a princess or a villain, find love or adventure, fight monsters, and craft new items in the sequel to Hanako's popular Cute Knight Deluxe.

Buy the game ($5) from Itch.io or through BMT Micro: Linux | Windows | MacOS X

Created by Hanako Games and ported by Spiky Caterpillar.

Your school has been invaded by aliens, and only the girls of the Science Club stand in the way! Fight your way through the school, then follow the aliens back through the wormhole from which they came! 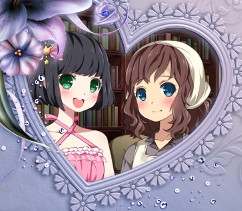 Were the decision left solely to her, Sara Crewe would have remained in India. But it is simply not done to raise the children of the Empire's soldiers in the colonies, and so she has been sent 'home' to a city she has never known, to be polished into a society lady - or perhaps forced into a servant's life, if fortune should take the wrong turn.

Gain new friendships - and new enmities - in this sweet yuri adaptation of A Little Princess.

(Not actually a Spiky Caterpillar production, but it's cute and I wrote the Steam integration code, so I'm putting it on my site too.)

All games created in partnership with Hanako Games. Sales tax and VAT, if applicable, not included in prices.